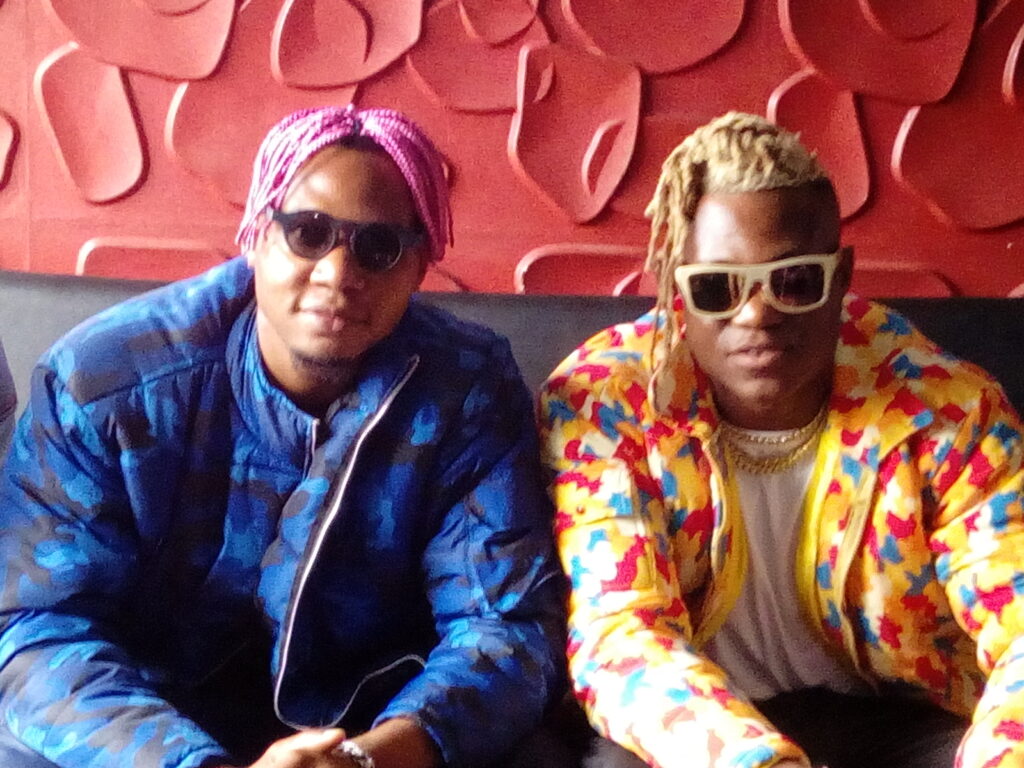 It was all fun and excitement last Thursday in Lagos, at the Long Play (LP)/ pre-album listening party of fast-rising Nigerian Hip-hop duo, Apex and Bionic, musically known as AB.

The duo, Andrew Omokhudu and Daniel Omokhudu, who are blood brothers and who started singing in 2010 but didn’t release a professional song until 2014, held invitees and members of the media spellbound with songs from their forthcoming album, which they performed. With songs featuring celebrities such as Davido, 2Baba, Slimcase, Oritsefemi and DJ Maphorisa of South Africa, the Edo State-born duo seems set to have a major breakthrough in the music industry once their second album is released in a few weeks time.

Briefing the media present on why they organized a listening party, the duo who spoke interchangeably, said; “Currently, our second album will be released soon. But this long play (LP) or listening party, like you called it, is more like creating pre-album awareness. Our album will be tight. We featured the likes of Davido, 2Baba, Slimcase, Oritsefemi and the popular South African musician, DJ Maphorisa.”

When asked why they feel their album would make waves when released, this is what they said: “Definitely it will! Our first album in 2016, titled ‘Nothing to something’, made waves. This one is surely going to make more waves. We have the baddest lyrics in the music industry right now and we are so confident of our songs.”

Apex and Bionic hail from Edo State and are from a musical family who has always supported
their dream to make it to the top and give their fans the highest standard. The talented musical duo, are currently signed to JFK Resolute Entertainment record label, a South African-based record label owned by a Nigerian, Kenneth Omokhudu.