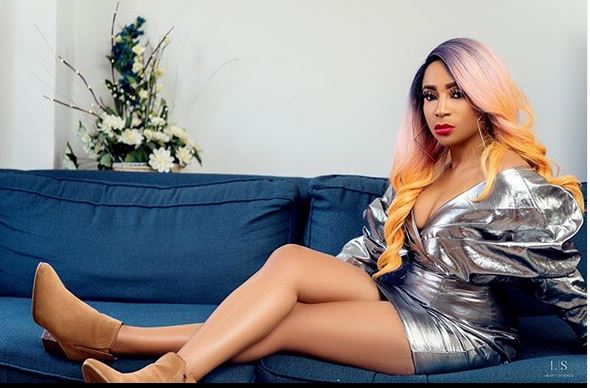 Olaitan Ogungbile, who is also known as Olaitan Sugar by Nigerian movie lovers, is obviously a lonely woman at the moment; if her Instagram post is anything to go by.

In a recent post on her official Instagram page, the beautiful model and movie producer cried out saying, “I need someone to steal me away and spoil me silly.”

Sugar dabbled into acting in the year 2008 under the mentorship and guidance of Muyiwa Ademola Authentic School of Drama.

The beautiful actress has since starred in several Yoruba blockbusters such as Aye, Onawura, Ati juwi by Sanyeri, Eyinju Eledumare by Bayo Tijani, Laye Lorun by Muyiwa Ademola, Irawe and many more. She took things a little bit further by producing her own movies, she has worked on Aremo Ite and Fimi Dara Ire.

The post I need somebody to spoil me silly ― Olaitan Sugar appeared first on Vanguard News.

Banditry: Group warns sponsors, promoters of insecurity to desist or be exposed